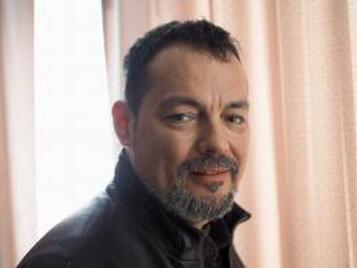 Hugo Tobar is the founder of Neuroenergetic Kinesiology (NK), one of the world’s most modern and advanced streams of Kinesiology. He has been developing courses and teaching
internationally since 1999, after discovering Kinesiology during a three-year study of eastern philosophies while living in India. This period would later prove to be foundational, both in the overall direction of Hugo’s life and the subsequent development of NK.
On his return to Australia, Hugo began studying Kinesiology with notable Kinesiologists such as Charles Krebs PhD (founder of LEAP), Chris Rowe and Kerryn Sedgman. After obtaining a Diploma of Holistic Kinesiology in 1997, he continued his training with Charles Krebs and Richard Utt (founder of Applied Physiology). By this stage, Hugo had developed many of his own ideas, which he now began to share with his colleagues. Charles Krebs immediately recognized the potential of these ideas and invited Hugo to present a paper at the 1999 Applied Physiology annual meeting in Tucson, Arizona. This led to worldwide recognition of Hugo’s theories, along with his innovative techniques and teaching methods.
Since then, Hugo's civil engineering and business backgrounds, sharp entrepreneurial mind, rich cultural heritage and South American roots, together with his keen interest in neuroscience and biochemistry, plus continued research into all aspects of Kinesiology and its related fields, have provided the fertile soil for his ongoing development of this exciting and powerful modality.
Hugo's work, Neuroenergetic Kinesiology, is now considered a major force in modern Kinesiology, with practitioners of his method all over the world. His work is as diverse as it is profound - Hugo is renowned not only for his impressive scientific understanding of the brain and nervous system; but his in-depth knowledge of the ancient philosophies of chakras, meridians and eastern spirituality; the modern concepts of psychology, primitive reflexes and survival emotions; and the human sciences of anatomy, physiology, pathophysiology, biochemistry and nutrition.
Empowerlife Kinesiology, formerly Sensory Dynamics Institute, and the American College of Neuroenergetic Kinesiology (ACNEK) was founded by Ronald Wayman as the US Campus for the NK Institute, to give students the opportunity to learn Neuroenergetic Kinesiology, along with other powerful energy kinesiology modalities here in the United States.
Available NK Courses 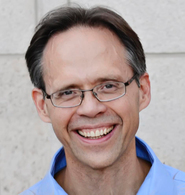 Ron Wayman has been using and teaching the NK work of Hugo Tobar for many years. Hugo’s extensive research and formatting are extremely valuable to the field of Energy Kinesiology. While Hugo’s work may be used on its own, it is applicable to many other modalities. Ron has incorporated NK into his own work, allowing him to deepen his processing skills as he accesses the body systems at whatever level the stress may manifest.
This has led to breakthroughs in brain-neuroscience, nutrition, body energy systems, sensory integration, focused emotional processing and motivational heart-mind empowerment. Ron is continually developing new techniques for working with the energy systems of the body, based upon traditional Chinese methodologies. These restructured and original tools, along with Hugo Tobar’s NK procedures, assist the practitioner to experience and facilitate tremendous physical, emotional and energetic alchemy.